Abia State Governor, Dr Okezie Ikpeazu, has visited the site of a building in Aba which collapsed while under construction. The Governor expressed his deep sadness over the incident which has so far claimed five lives.

The visibly angry Governor Ikpeazu also expressed shock at the low quality materials used to erect the 3-storey building. He therefore directed the immediate suspension of Mr Okezie Ahutionye, the Executive Secretary, Aba Town Planning Authority, and directed security agents to arrest the developer of the property and bring him to justice swiftly.

Governor Ikpeazu who expressed his desire to meet with the family of the dead persons also directed the state ministry of land, planning and survey to improve its supervision at construction sites, and condemned those who embark on construction of buildings without obtaining proper approvals, warning them to desist from such acts or face dire consequences.

Meanwhile, Governor Ikpeazu has appointed the Deputy General Manager of Abia State Environmental Protection Agency (ASEPA), Chief Roland Nwakanma, as the site coordinator of the ongoing search and recover efforts of the government. This was revealed by the State Commissioner for Information, Chief John Okiyi Kalu, while addressing newsmen after the commissioning of Abia state Infectious Disease Hospital and COVID-19 treatment center in Aba.

He assured that the Governor is directly supervising the recovery efforts and will ensure that anyone found culpable in the building collapse will be brought to justice. 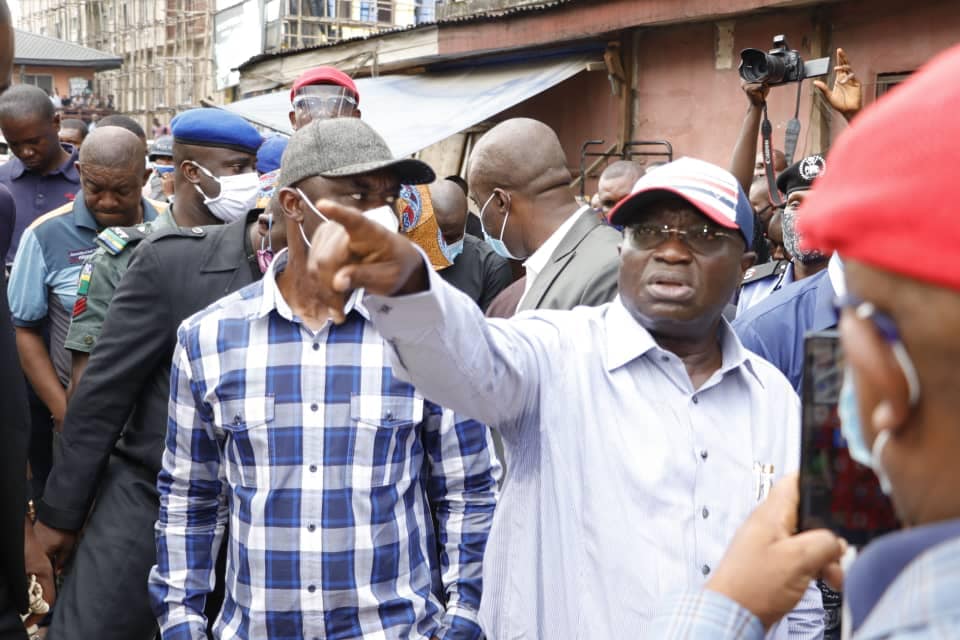 ‘Best goal I have ever seen,’ says Gerrard of Rangers forward’s wonder strike

Dr. Fauci says the White House Coronavirus Task Force is only meeting once a week