A motorist who was captured on a mobile phone detection camera snorting a mystery substance while driving has pleaded guilty in court.

Austin Thomas Ferro, 21, and his female passenger were caught on a detection camera on the M4 motorway in Western Sydney at 11.55pm on August 14.

In an image released by NSW Police, the man was seen using a note to snort a substance off of a mobile phone while the passenger in his Hyundai i30 held the steering wheel. 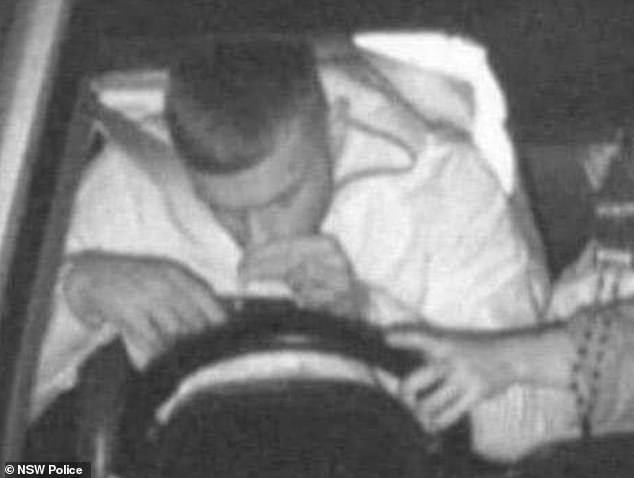 Strike Force Puma and the Traffic and Highway Patrol Command launched an inquiry into the incident and charged the Blacktown man on September 15.

Ferro pleaded guilty to driving without proper control of vehicle, using a mobile phone when not permitted and negligent driving in Blacktown Local Court on Wednesday.

Documents tendered to the court and obtained by NCA NewsWire state Ferro was ‘driving with both hands off the steering wheel, whilst holding a mobile phone in his hands and apparently snorting a substance from the screen of the mobile phone’.

Ferro will be sentenced on October 20.

‘I’ve been doing this for a few years now and to be frank I’ve not seen what the photo depicted before in my service,’ he said.

‘What concerns me is that these people take such extraordinary risks doing this kind of thing and it’s not just their lives that are in peril, but it’s those innocent people around them,’ he said.

‘The risk around them is significantly escalated because of this dope’s behaviour.’