Eight Nollywood actors down with sicknesses

You may have or not noticed the disappearance of these actors on the movie screen. This is because life has not been fair to them as they have been struck with ailments.

Here is a list of them who we hope will get well soon:

In 2015, it was revealed the actor was seriously suffering from Diabetes and glaucoma.

Alabi’s leg was amputated due to complications from diabetes.

He has reportedly been suffering from leukemia and prostate cancer since 2017.

This popular Nollywood actor had a car accident, which condemned him to use walking crutches

Olaotan, who featured in the popular TV progamme, Tinsel was involved in a car accident in 2016, and since then, has been using wheel chair. 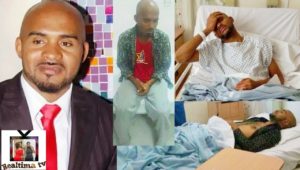 Leonard Chimezie Onyemachi better known as Leo Mezie is down with kidney-related issues. Leo Mezie is battling kidney failure and in dire need of a kidney transplant to save his life.

Onyeka was shot on the spine by a trigger-happy soldier in Jos and since then, has been battling paralysis as he uses wheel chair to support himself.

The cause of his illness is unknown as Nollywood stars, who visited claims they can’t figure out what exactly is wrong with him.