Guns, lies and ballots set on fire: This is voter suppression in 2020

A man trying to vote in Forsyth County, Georgia, was told he had to take off his Black Lives Matter shirt before casting his ballot.

For many Americans, the stakes are high in the 2020 election.

The ongoing coronavirus pandemic and racial tensions have divided the nation and galvanized millions of people to cast their votes weeks before the Nov. 3 election.

But the historic turnout has been challenged by a wide range of tactics to suppress voters, particularly voters in communities of color.

Voters have faced hours-long lines, intimidation and rejection at the polls, and received false information that sought to discourage them from voting.

Here is a roundup of some of the most striking examples of voter suppression during the election season:

Armed people show up to polls

In St. Petersburg, Florida, two people dressed as armed security guards were reported outside an early voting site on Oct. 21.

Trevor Mallory, a Democratic candidate for Pinellas County property appraiser, said he was campaigning near the voting site when he noticed the armed people standing near a Trump campaign tent.

Mallory said it made him uncomfortable and called it “voter intimidation.” He said he was thankful that voters, including those with children, did not allow the presence of armed people to stop them from walking into the building to vote.

“To me, that’s a little alarming, it’s a little unsettling,” Mallory told USA TODAY. “No one should have to encounter an armed guard that is not with the sheriff’s department or an official police department employee.”

According to WFLA, law enforcement officials said the two people were licensed security guards employed by a Florida security company and they were not violating any laws.

Elsewhere, a Michigan judge on Tuesday struck down Secretary of State Jocelyn Benson’s directive that banned the open carry of firearms at polling places on Election Day.

Gun rights activists had filed a lawsuit claiming Benson’s order made “an unsupported correlation between mere possession of a firearm and voter intimidation.”

Benson said she plans to appeal the judge’s ruling.

A poll worker in Memphis, Tennessee, was fired last week for turning voters away who were wearing masks and T-shirts that read “Black Lives Matter.”

In Cummings, Georgia, Zack Arias recorded a video of a poll worker telling him he would have to take off his Black Lives Matter shirt to vote.

Moments later a polling place manager intervened and said Arias could vote because Black Lives Matter is “not on the ballot.”

Electioneering, political campaigning and wearing political apparel is prohibited at polling places across the country. Black lives matter, the statement, is often confused with the political movement.

Arias told USA TODAY he knew the election laws and was shocked when the poll worker tried to suppress his vote.

Since the incident, Arias said he has received backlash from conservative neighbors in his Nextdoor group who said he shouldn’t have been allowed to vote.

“I don’t take it (Black lives matter) as a political issue,” Arias said. “It’s a human rights issue, it’s a human equality issue. It just goes to show that there is a systemic problem in this country that just stating that Black lives matter gets people in a tizzy.”

False robocalls and mailers go out to voters

Earlier this month, two conservative operatives were charged with making false robocalls to residents in majority-Black Detroit saying that if they voted by mail, they could face debt collection and forced vaccination.

The two men, identified as Jacob Wohl, 22, and Jack Burkman, 54, face felony charges including conspiring to intimidate voters in violation of election law and using a computer to commit crimes. 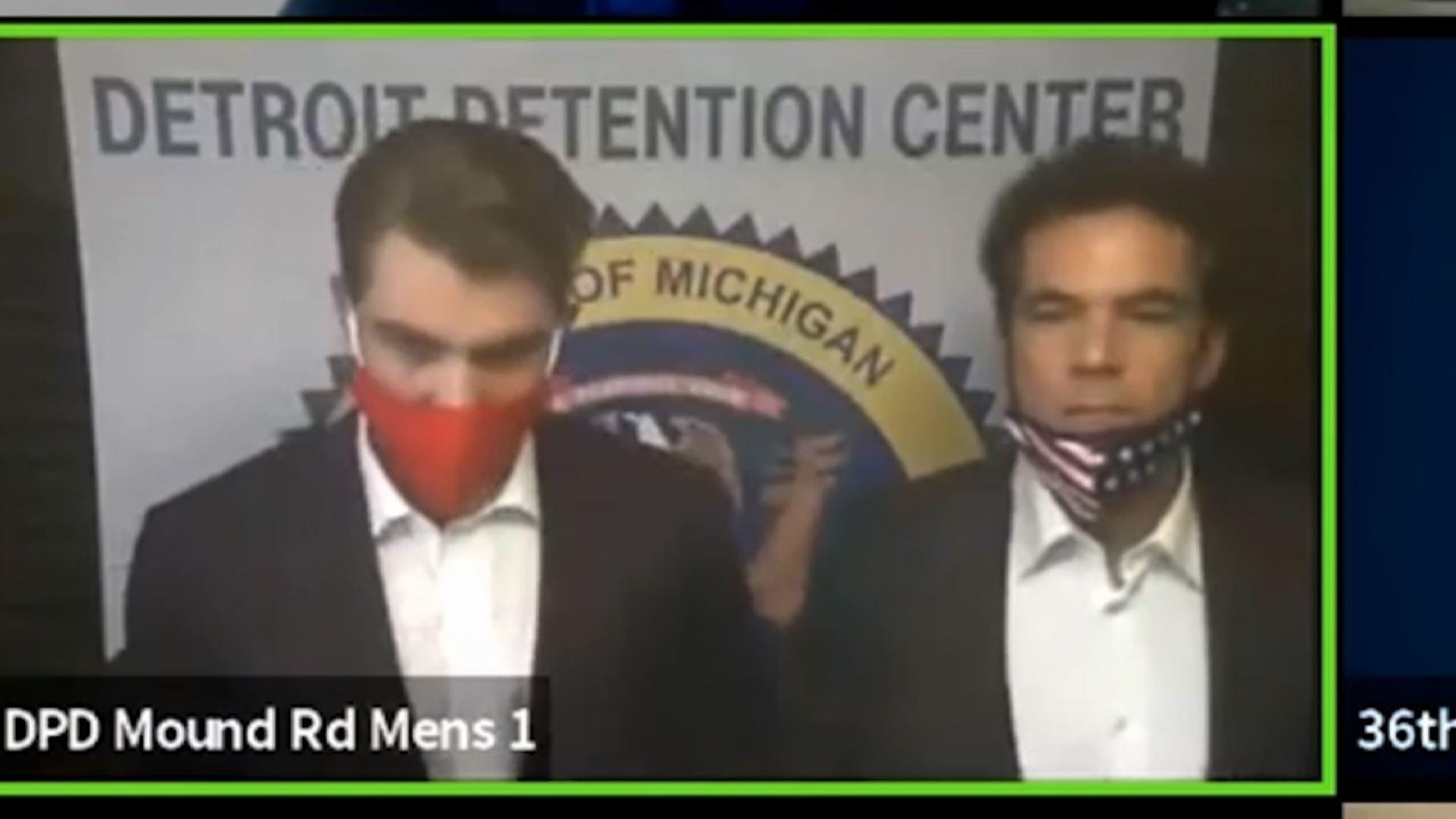 Bond set at $100K for activists in robocall case

A Detroit judge has set bond at $100,000 for two conservative political activists who are accused of using false robocalls to dissuade Black residents in Detroit and other Democratic-leaning U.S. cities from voting by mail. (Oct. 8)

Some Black voters in Detroit also received literature in the mail falsely telling them they had until Nov. 10 to vote due to COVID-19 concerns, said Shannon Rochon, a local community organizer. Some of the mailers included a non-working Google phone number for voters to call for more information, he said.

To combat voter suppression, Rochon said he has been leading marches with groups of voters to drop their absentee ballots off at drop boxes. Rochon, who also voted by mail, said the voters feel more confident that their vote will count when they complete the process with a community leader and their neighbors.

“(Voter suppression) does concern me but one thing about the people of Detroit and people of color that I’ve come across… it almost ignites a new fire to make sure that their vote is counted,” Rochon said. “The suppression is somewhat backfiring.”

Drop boxes set up across counties to make it easier for voters to submit their mail-in ballots have also been a source of voter suppression in 2020, voting rights activists and officials say.

Both California and Boston have seen ballot drop boxes set on fire this month destroying dozens of ballots.

The first incident was in Baldwin Park — a majority-Latino Los Angeles suburb — where someone set fire to a ballot box on Oct. 18 containing about 100 ballots earlier this month.

Los Angeles County Supervisor Hilda L. Solis called the incident arson and said it “has all the signs of an attempt to disenfranchise voters.”

The FBI is also investigating a ballot drop box fire in Boston that election officials said was a “deliberate attack.”

The fire was set around 4 a.m., on Oct. 25 outside the Boston Public Library downtown. It contained 122 ballots when it was emptied Sunday morning and 87 of them were still legible and able to be processed.