The Edo State Governor, Godwin Obaseki, and his deputy, Phillip Shaibu have both received their certificates of return from the Independent National Electoral Commission (INEC) on Tuesday.

Obaseki and Shaibu, his deputy, both of whom contested in the state governorship election under the Peoples Democratic Party (PDP) received the certificates from the National Commissioner, INEC in charge of Edo, Rivers, and Bayelsa, Mrs May Agbmuche-Mbu at the INEC office in Aduwawa, Benin City, the Edo State capital.

Speaking during the presentation, Agbmuche-Mbu appreciated INEC staff and other stakeholders such as the security agencies, media, election observers for their role in the smooth conduct of the election.

“I hereby certify that Godwin Nogheghase Obaseki of Peoples Democratic Party (PDP) has been elected to the office of governor of Edo State of the Federal Republic of Nigeria at the election held on the 19th of September 2020,” Agbmuche-Mbu said while presenting the certificate to Obaseki.

Recall that Governor Obaseki was returned elected by INEC after polling 307,955 votes to defeat his closest rival Ize-Iyamu of the APC, who got 223, 619 votes. The PDP candidate won in 13 LGAs while Ize-Iyamu won in five. 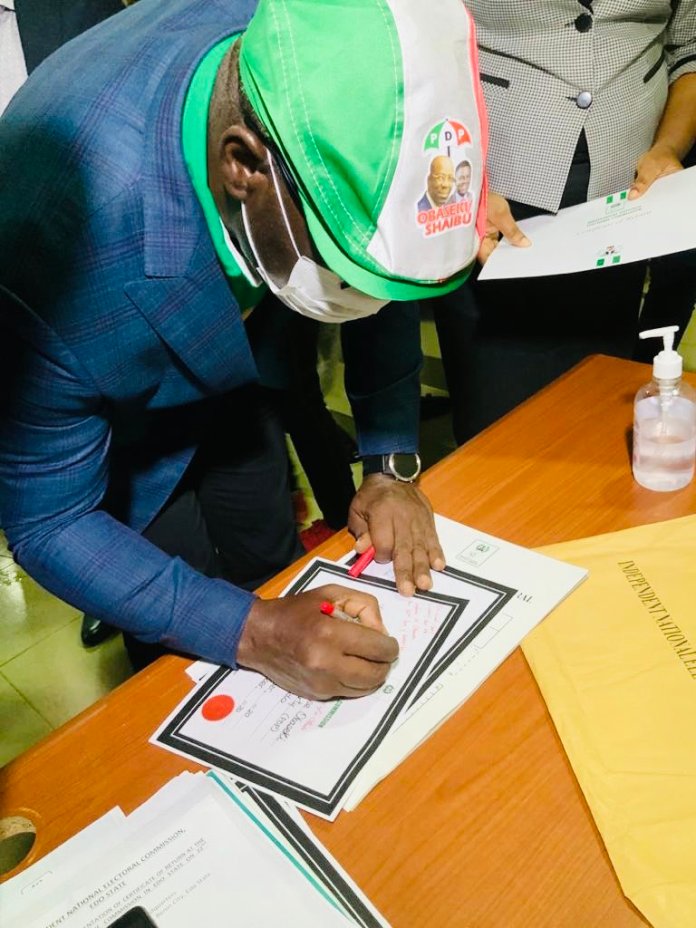