The absence of President Muhammadu Buhari in some situations coupled with his silence on salient issues have continued to fuel claims that he is ‘dead’ and has been replaced with a look-alike impostor from Sudan. Mr Buhari was terribly sick in 2017 till the point of spending three months medical leave in London. Members of the opposition and fake news peddlers rumoured that he died in London.

Some conspiracy theories were concocted to support the claims. Nnamdi Kanu, the leader of a secessionist group, Indigenous People of Biafra (IPOB) has been at the forefront of pushing the narrative of cloning.

Comparing pictures and videos of Mr Buhari before and after the controversial medical leave, Mr Kanu pointed out some physical features of the President that have changed, suggesting a stronger backing of the cloning story. Several fact-checks done by Africa Check, Dubawa and AFP in the past have debunked these photos and had discredited the narrative propagated by the secessionist leader.

Meanwhile, in the build-up of the 2019 General election, President Buhari denied claims that he had died and was replaced by a Sudanese impostor. “It’s the real me, I assure you. I will soon celebrate my 76th birthday and I will still go strong,” Buhari told Nigerians in a town hall session in Poland, where he was attending a conference.

While everyone expected that his response had laid all controversies to rest, the claim resurfaced again, however in a new form.

During the heat of the #EndSARS protests that saw to the dissolution of the Special Anti-Robbery Squad (SARS) unit of the Nigerian police, notorious for brutality, the already-laid-to-rest claim surfaced online.

It however went viral when some unarmed protesters were shot by soldiers at the Lekki toll gate in Lagos state. Many were reported dead and scores sustained injuries. Prominent figures across the globe including the former US secretary of state, Hillary Clinton and Archbishop of Canterbury, Justin Welby, condemned the shooting.

However, it took President Buhari more than 24 hours to address this burning issue. In fact, in his eventual address, the President kept mum on the shooting of the unarmed protesters. In respect to this, many criticised his silence and chided the Presidency for being insensitive to the plight of the people.

Alongside the criticism was a viral video insinuating that Mr Buhari is ‘dead’ and African leaders paid a tribute by declaring a one-minute silence to mourn his demise.

The video has so far garnered over 143,000 views and has generated varying reactions from viewers.

You’re asking Where is buhari? He’s long dead.
Take your time to ask google “On Feb 23rd Who did AU observed one minutes silence for?”
~~~
In case you’re lazy, check pics below#TinubuIsAKiller pic.twitter.com/PL2NjR8lFj

Now I want to shock Nigerians and prove the world that Nigeria PRESIDENT Buhari is Dead.
Simply go now now and ask Google on 23rd February 2017 who did AU observe a minute silent for.

Retweet this Very Important so Nigerians can demand to see Buhari.
Game Over.
RETWEET pic.twitter.com/2NqGmf0mi7

POLITICS NIGERIA in its support for accuracy and accountability in the media fact-checked the video. The footage is an edited motion graphics video containing still images and texts. While the picture might show an ongoing AU meeting, there was no evidence as to what was going on when the images were captured.

Moreover, in the minute of the summit published on its official website, Mr Buhari’s name was never mentioned.

“The Nelson Mandela plenary hall was full to capacity with delegates and special invitees coming to witness the important event. They heard from distinguished speakers who took their turn on the podium to enlighten the world on the progress made so far in the continent and some of the challenges that Africa faces, as well as proposals for the way forward.”

“The event this year is held under the AU theme: “Harnessing the Demographic Dividend through Investments in the Youth”, ” the minute read.

While Mr Buhari could not attend the summit because of ill-health, every other summit after the January 2017 edition was graced by Mr. Buhari.

In fact, it should be recalled that, on July 4, 2017, six months after the January summit, during the 29th Session of the AU, African leaders unanimously endorsed President Buhari to champion the fight against corruption on the continent. 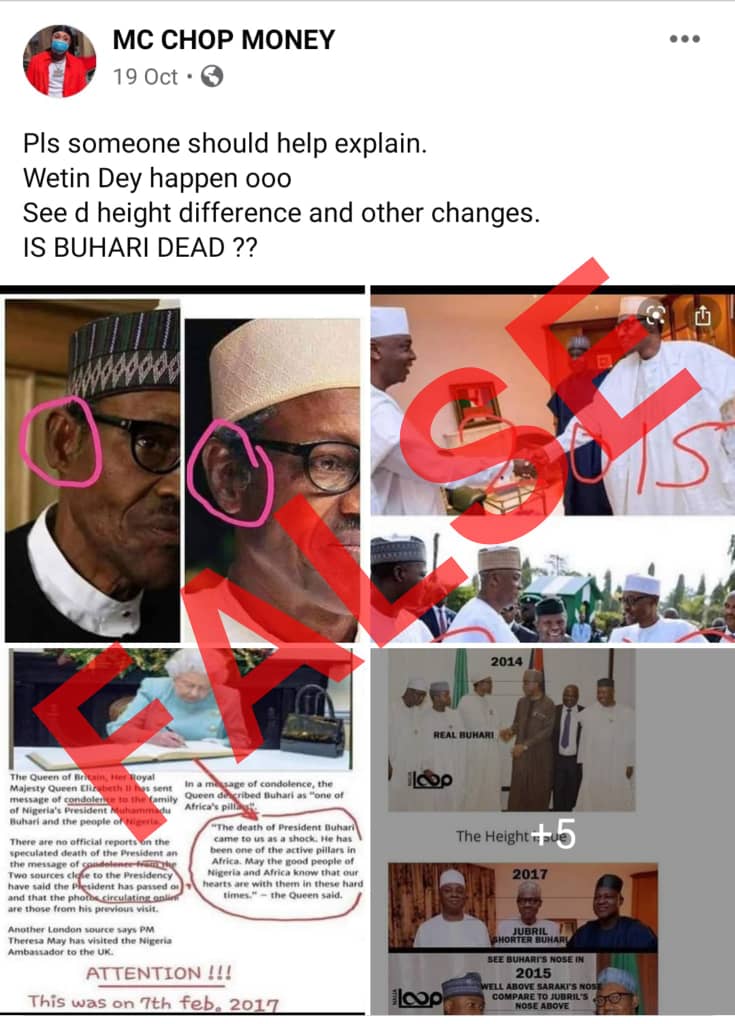 Again, earlier this year, President Buhari was present at the 33rd Ordinary Session of Heads of State and Government of the African Union (AU).

Politics Nigeria concludes that for want of evidence, veracity of previous fact checks and President Buhari’s consistent denial of being replaced by an existing Sudanese impostor, the CLAIM is FALSE. 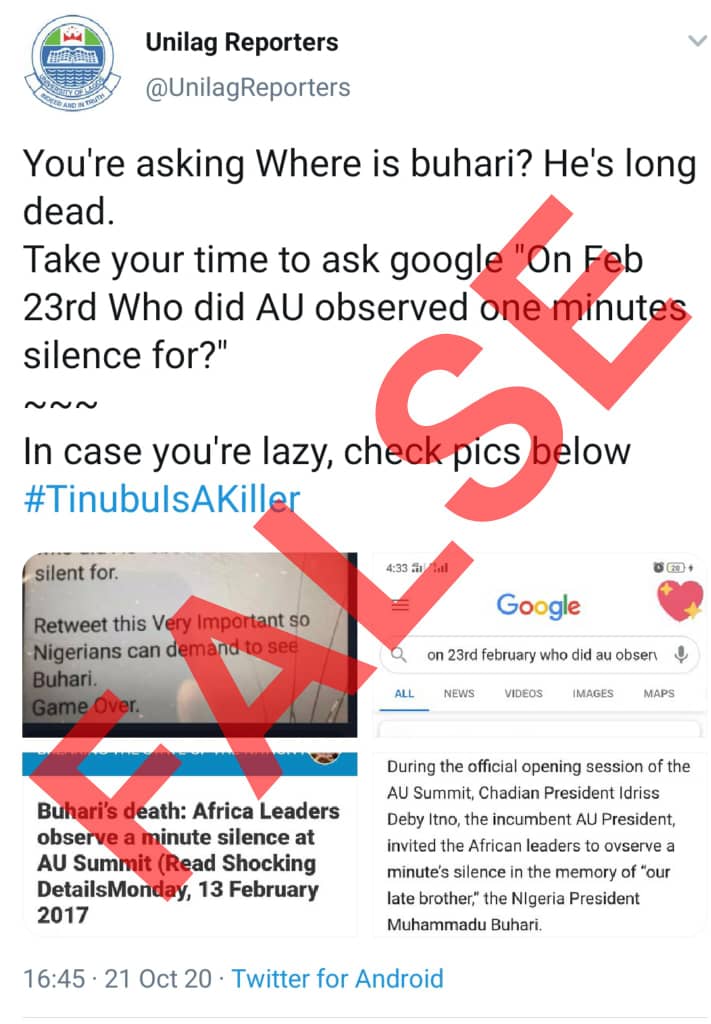 Should Artists Consider Themselves “Artivists”?