Manchester United are a club so used to making bad decisions that they now seem scared of making good ones. So Mauricio Pochettino remains on the market and Ole Gunnar Solskjaer’s reign will drift on for the time being.

What players such as Marcus Rashford must do now is ensure that they don’t become casualties of United’s stasis. The United and England forward is 23 at the end of the month, so has time on his side. However, if he is to make the transition from a good footballer to a great one, then that process must not be allowed to slow.

Maturity and intelligence are not issues. His response to receiving an MBE at the weekend was to remind the Government they still have much work to do to combat child poverty. It was an emphatic and timely message. 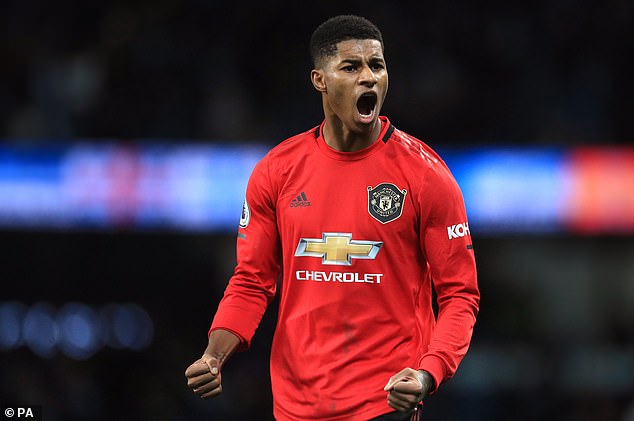 But on the field, he still has some growing to do. And at clubs that lose their direction, things can start to get in the way.

That may seem an odd assertion given that Rashford is a regular starter for United and England. But as team-mates at club and international level such as Dele Alli and Jesse Lingard have shown, footballers must continue to move forwards if others are not to pass them by.

With this in mind, I worried for Rashford during the short summer recess. With United seemingly destined to buy Jadon Sancho from Borussia Dortmund, Rashford looked likely to be presented with a threat to his place in United’s front three. It could be argued that would have been a good thing. Equally, he may have found himself out of the team.

For reasons best known to United’s recruitment team, the Sancho deal didn’t happen and Rashford remains front and centre of United’s hopes alongside Anthony Martial and Mason Greenwood. Now he must ensure he is in the right place to resist that threat when it inevitably presents itself again next summer. 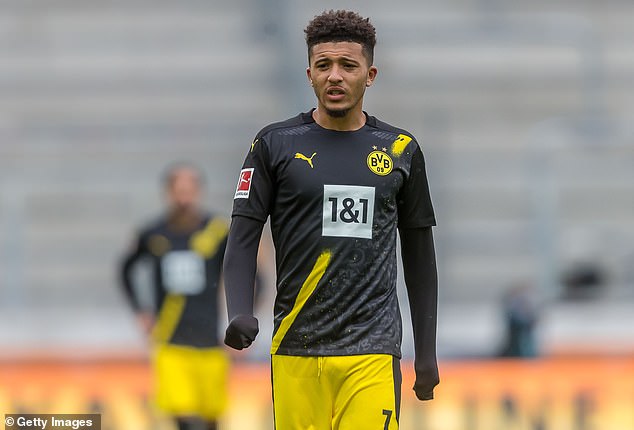 It is helpful that Rashford now knows his best position. He is not a centre forward, despite sometimes playing there for United, because he is not a completely natural goalscorer.

At United, he functions best on the left of a front three. Against Brighton, he scored a sublime goal cutting in from that side. It was a goal indicative of his recent development and one that suggests there is no reason why he can’t improve on his goals average of one every three games.

Greenwood, happier on the right side, is what you may call a generational talent. The teenager is arguably the most exciting forward England have produced for a decade or more. Rashford does not have that degree of exceptional ability and, if he is to make the leap to the next stage, then he will need the very best coaching. 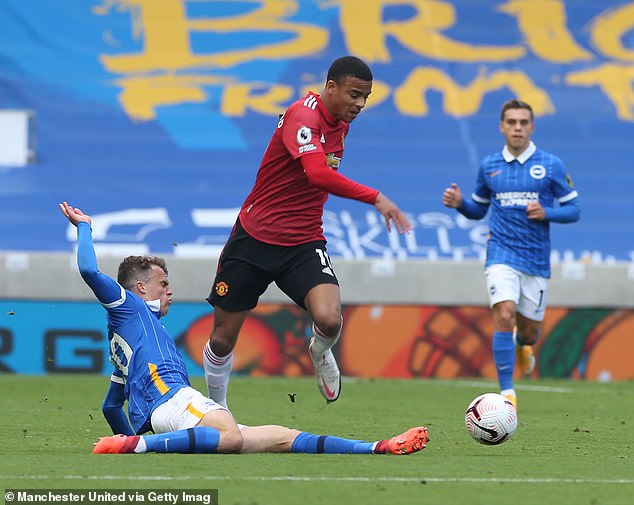 At United, life sometimes seems a little too easy for players. On Solskjaer’s team there are too many who fail to play with consistency. Coincidence? Unlikely.

With this in mind, it’s pertinent to suggest that while Rashford would not currently get into the teams at Manchester City or Liverpool, he may well do if he were to have a couple of years of working with Pep Guardiola or Jurgen Klopp behind him.

Young players need to take responsibility for their own direction of travel but equally they need to be led.

Rashford is hardly at a career crossroads, but it would be a shame were his potential to be smothered by another season of blind meandering at the country’s biggest football club.