A new mum has slammed her local NHS trust for fat-shaming her with an ‘insulting’ weight loss leaflet just seven weeks after she gave birth.

Dawn Wilson, from Forth, South Lanarkshire, received the ‘cheeky’ fact sheet titled ‘top 10 tips for achieving a healthy weight after having a baby’ on Friday morning.

The 29-year-old gave birth to her first child Ava McGilvray in August and claims she has only been seen once by a health visitor.

When she read through the list, she noted it advised mums to ‘attend a postnatal exercise class’ despite most being cancelled.

The senior care assistant has now called on the NHS to ‘be more forgiving’ of new mums and stop shaming them for eating a ‘chocolate biscuit’. 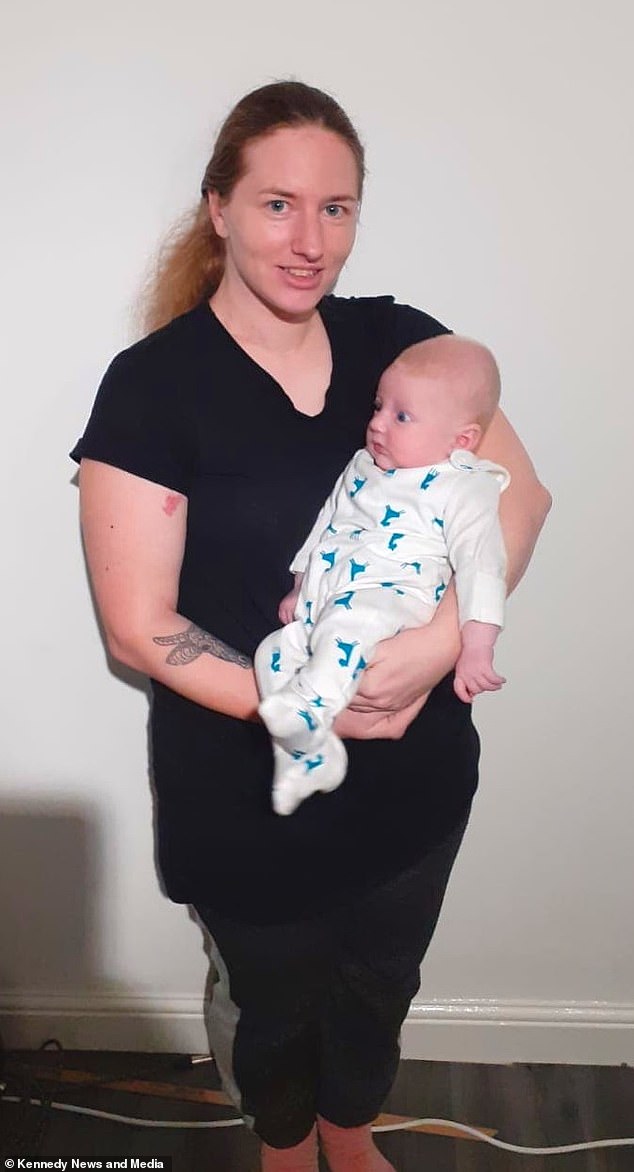 Dan Wison, 29, from Forth, South Lanarshire, said she received a NHS leaflet on weight loss just seven weeks after  giving birth to her daughter Ava in August (pictured) Dawn, who claimed she was seen only once by a health visitor following the birth of her daughter, called on the NHS to be more understanding of new mothers

NHS Lanarkshire said sending out leaflets like this was ‘not their usual practice’ and confirmed they were looking into the circumstances.

Dawn said: ‘I was shocked to receive this. How cheeky of them to insinuate I need to lose weight, given that nobody has seen me for almost six weeks.

‘I find it rather insulting. My health visitor has seen my baby once at one-week-old and is due on Monday for her development check at seven-weeks-old.

‘They have no idea the efforts I may or may not be doing to already lose weight. 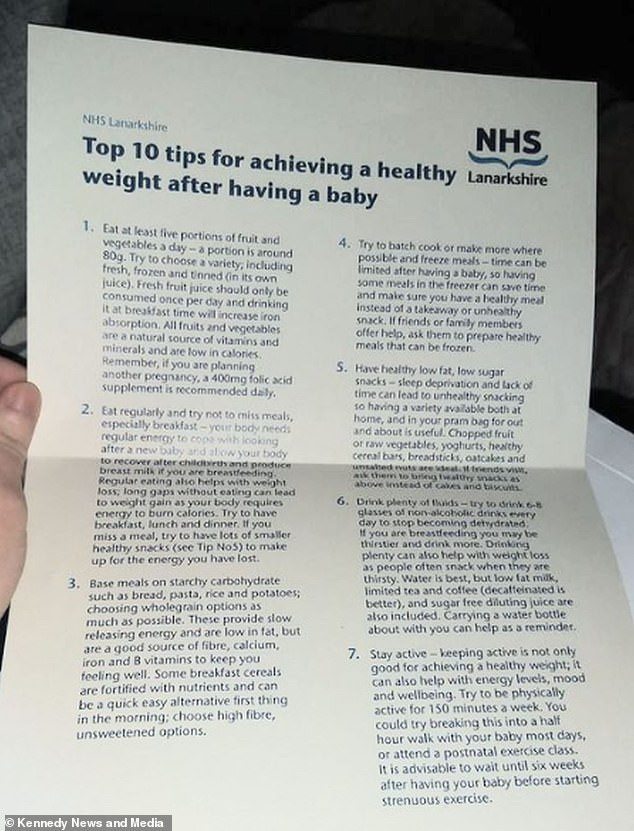 A picture of the NHS leaflet Dawn received in her mail. She said the NHS should rather focus on people’s mental health rather than what they were eating during the pandemic 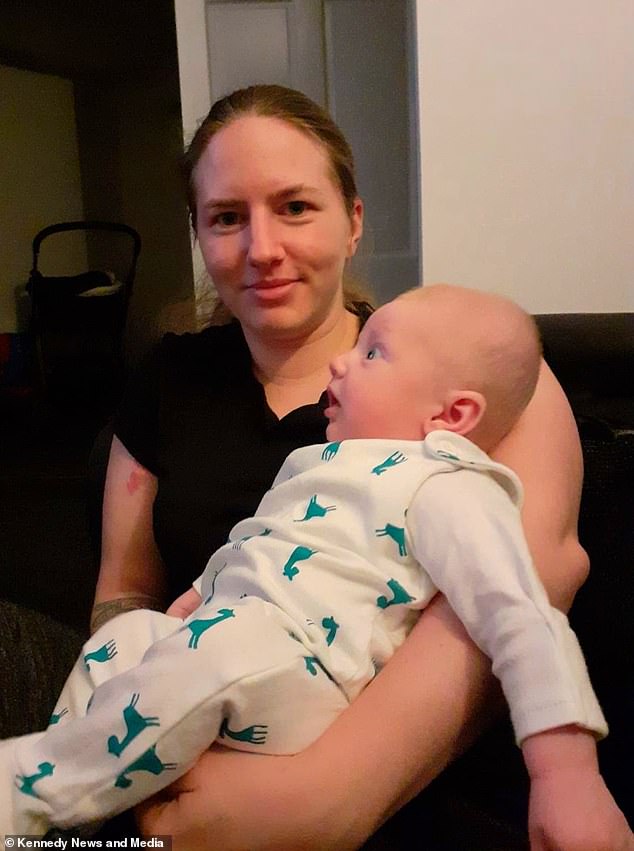 Dawn and Ava together. The new mother said she had thought the maternity services during coronavirus had been shocking 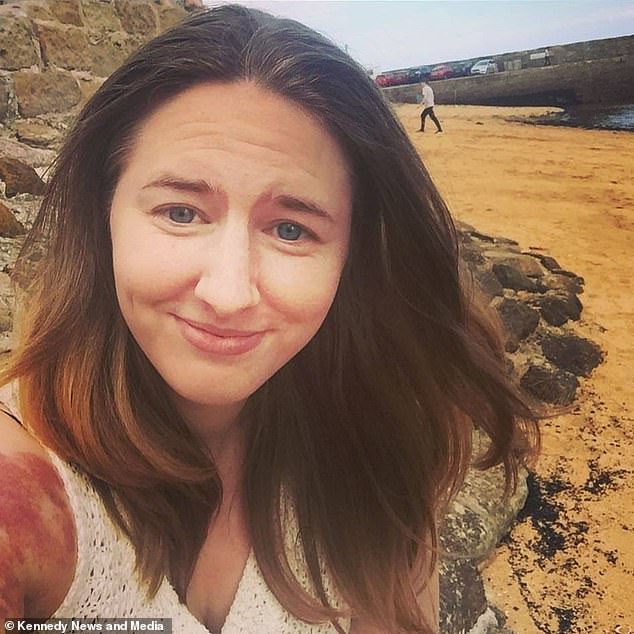 ‘It would also be nice to get something about mental health in there [on the list]. I don’t think my main focus right now is on my body.

‘It took nine months of stretching my stomach – it won’t go down overnight.

‘Of course my stomach is still wobbly, it had a baby grow in there for nine months and not even two months later it’s expected to be back to normal.

‘I think personally maternity services are shocking during this. Then to add insult to injury I get a letter implying I could use losing some weight when woman’s mental health is under stress with everything else.

‘They need to be more forgiving to people who have just had babies. Focus more on being positive and promoting positive mental health than making mums feel guilty for having a takeaway or a chocolate biscuit.’ 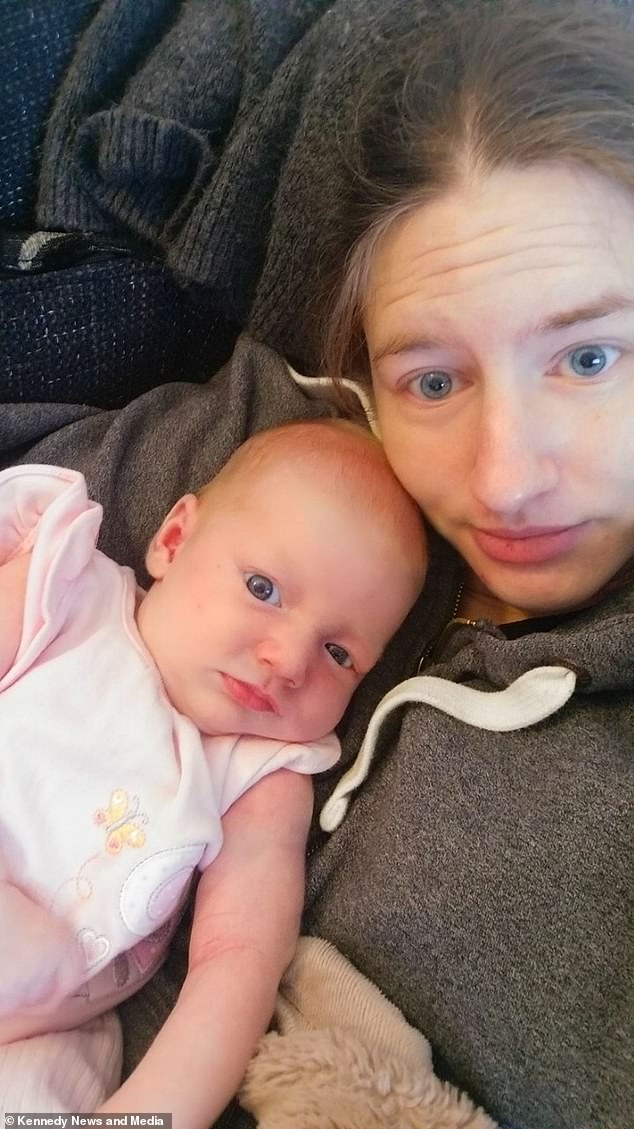 The mother, who is a care assistant, said people should not shame new mothers, especially at a time where they could not socialise 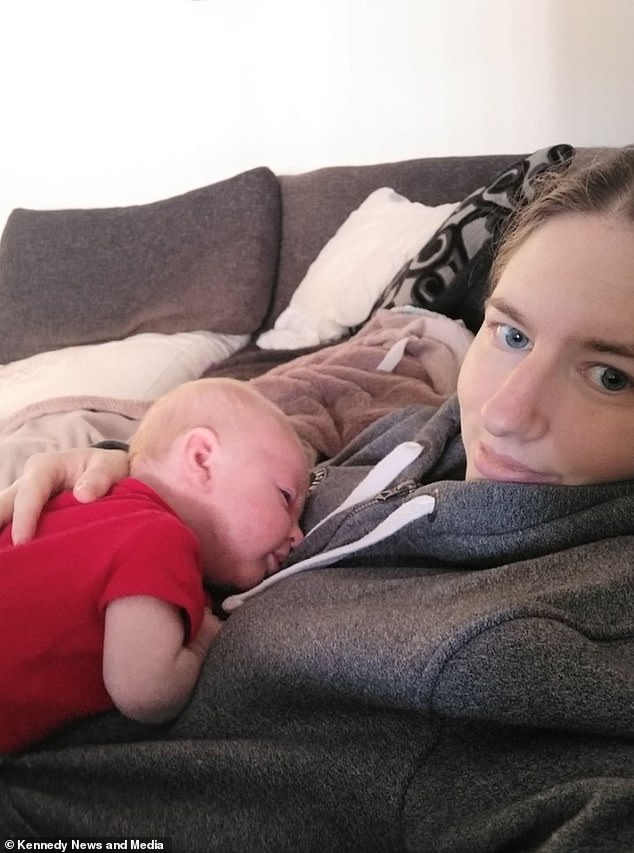 Dawn said she would eat convenience food when her daughter was being grumpy, because caring for a child could be stressful

Since going on maternity leave and giving birth to little Ava, Dawn admits she has sometimes turned to convenience foods if the infant is ‘grumpy and crying’.

But despite her occasional quick meal, Dawn believes mums shouldn’t be shamed – especially when most of their options for socialising with new mums have been cancelled.

Dawn said: ‘Newborns are stressful to the best of minds, never mind during a global pandemic with cheeky letters saying to put down the chocolate bar.

‘If my baby is grumpy and crying and just wants to be held, then of course I’m going to make chicken dippers and chips for me and my partner over a homecooked lasagne.

‘[They] don’t know if I have gone down to my pre-pregnancy weight, which I feel I have. All my clothes fit me again. 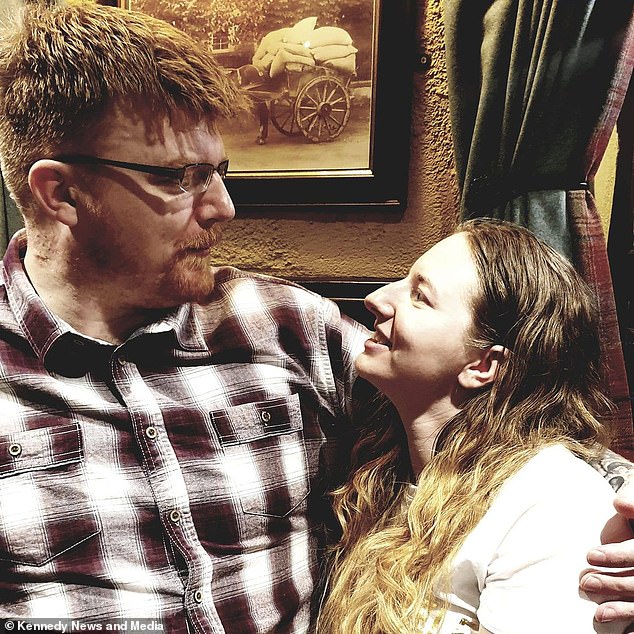 Dawn with her partner, Graham McGilvray, who is Ava’s father. Dawn said she felt it ‘ironic’ that the leaflet recommended to take fitness classes, because they were all shut due to covid-19

‘The healthy eating part isn’t really even the insulting part, but I find it highly ironic they are recommending fitness classes given they are all shut due to COVID.

‘We’ve had no antenatal classes, no normal maternity services, there are no baby classes currently.

‘The wording could be less [focused on] you needing to lose weight after having a baby and [instead] “Here are the tips we have and the classes you need”.

‘It could have something a bit more positive like “we understand focus is on your newborn and time is mainly on their needs, but think about your own”. 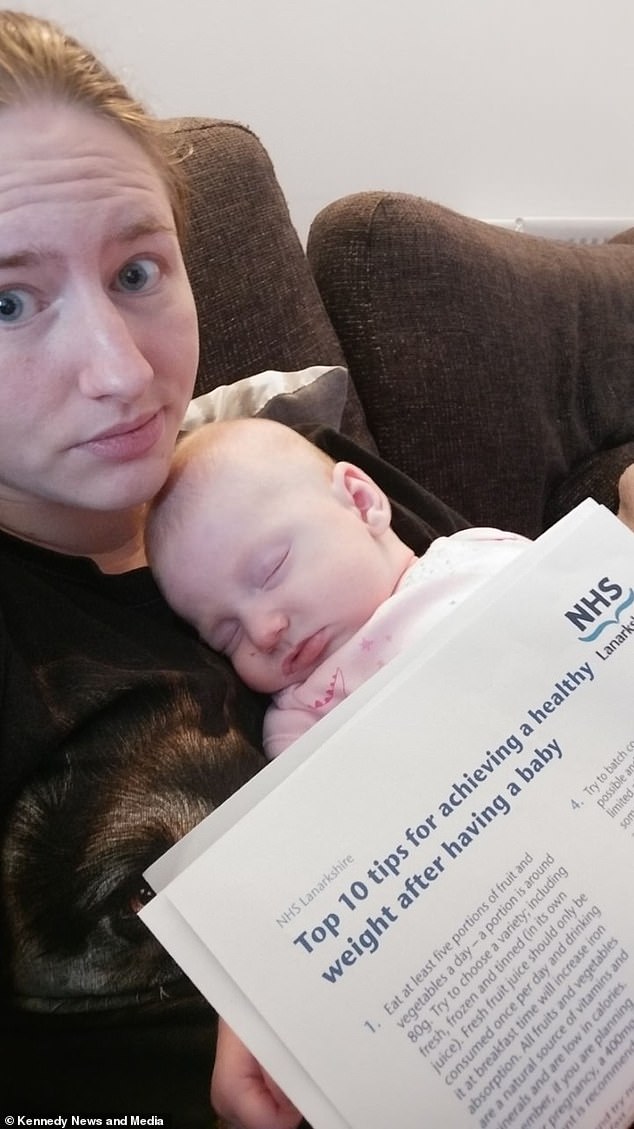 The mother-of-one holding the leafl*et next to a sleepy Ava. The NHS have said they could not confirm sending the leaflet because it was not their usual practice

‘I feel a bit robbed of maternity leave given that I’m stuck at home with my baby. I’m not allowed visitors, no classes and I can’t visit anyone.’

Lynsey Sutherland, associate nurse director of children’s services and family nurse partnership, South Lanarkshire Health and Social Care Partnership, said: ‘We aim to provide the highest standard of care to all our patients and we regret any instance where someone feels we have not met this standard.

‘We do not routinely send out letters to new mothers but information is provided as part of a ‘first visit’ pack issued by health visitors during home visits.

‘If Dawn wishes to provide any feedback in relation to her recent post-natal care, I would ask that she contact our patient affairs department who will be happy to assist.

‘We cannot confirm sending out the leaflet as it is not our usual practice, but we are currently looking into the circumstances.’