The Government of Borno state has appointed a new Emir of Biu. Alhaji Mustapha Umar, the first son of the late Emir received his appointment letter on Monday.

The letter was presented at a brief ceremony in Biu which was attended by Emirs, government officials, and politicians. State Governor, Babagana Zulum, who was represented by the Deputy Governor, Usman Kadafur, said the emir’s appointment was in strict compliance with extant laws.

“The appointment is in accordance with Section 73(I) of the Borno State Local Government Law, 2000 and Section 5 of the Chiefs (Appointment and Deposition), Law, Cap. 25 Laws of Borno State 1994.”

“His Royal Highness, Alhaji Mustapha Umar (Midala) is hereby appointed as First Class Emir of Biu to be known and recognised as the Emir of Biu.” 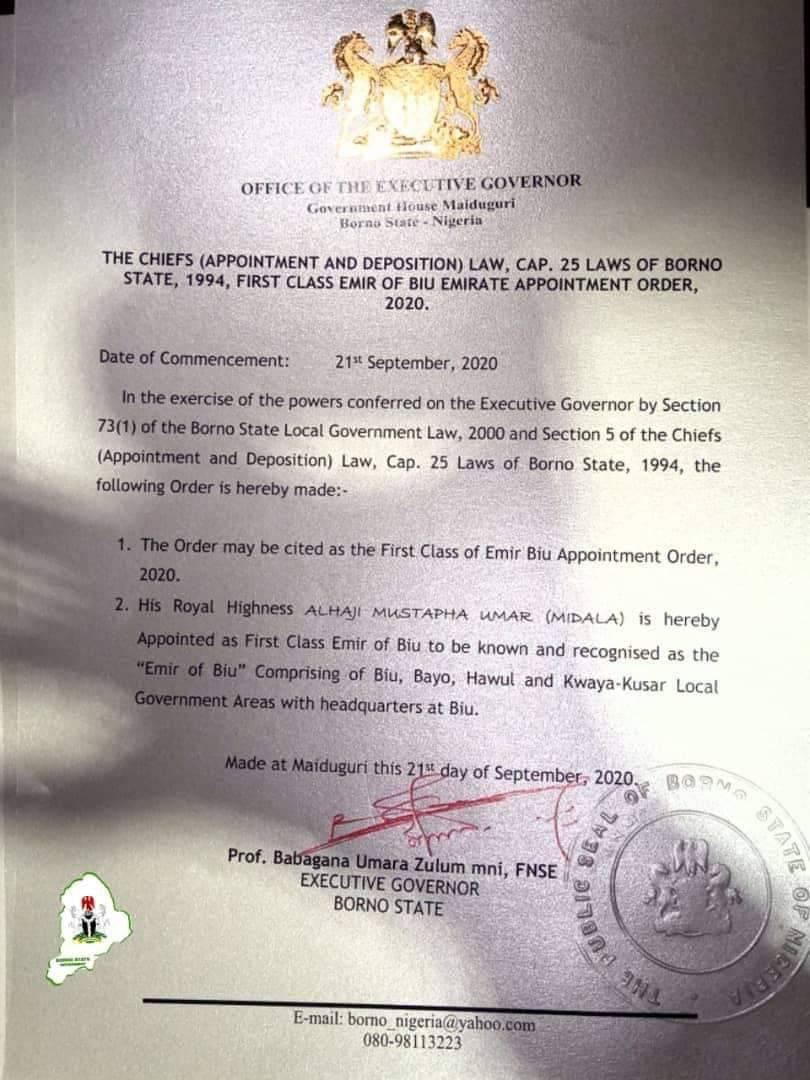