Victoria has recorded another five deaths overnight, but just seven news cases, helping to bring the state’s 14-day average closer to the figure that will allow a widespread easing of restrictions.

The deaths are the highest recorded since September 29, taking the state’s death toll to 816 and the national total to 904.

While the number of deaths is concerning, new case numbers have dropped to seven, after six straight days of double figures.

Melbourne’s rolling case average also dropped from 10 to 9.6 while the city’s mystery cases from September 28 to October 11 are up by one to 14. 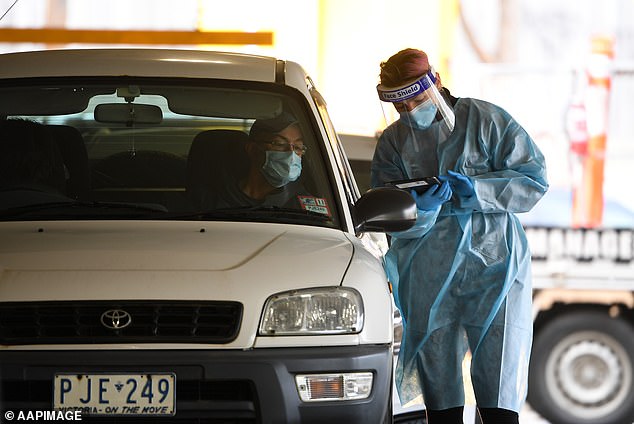 Five people have died in Victoria from COVID-19 overnight as the state recorded seven new cases, raising hopes the state will hit key targets for restrictions to be lifted 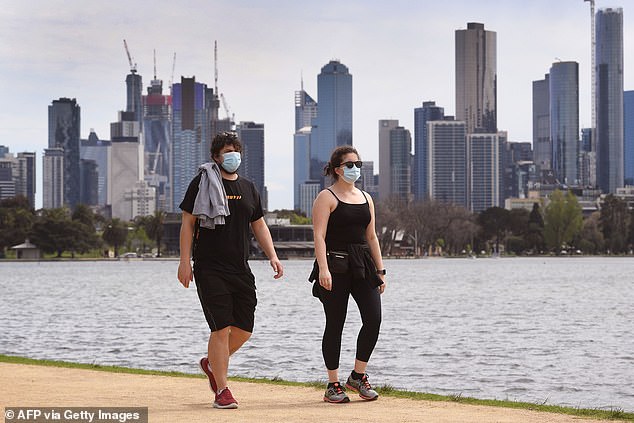 The deaths are the highest recorded since September 29, taking the state’s death toll to 816 and the national total to 904. Pictured: Residents walking through Melbourne’s Albert Park Lane

Premier Daniel Andrews on Tuesday said the state’s coronavirus numbers were still too high to open up.

‘That is based on the best of public health advice. And if people find fault with that, well, that’s fine,’ he said during his daily press conference.

‘But the public health advice to me, from a learned team of experts, is that it is too high at the moment to open.’

Mr Andrews has been waiting for case numbers to get below 10 per day before reopening the economy.

There was hope the state would move to step three in the road map out of lockdown.

He said Melburnians could expect more freedoms from October 19 but cast doubt over retaillers opening any time soon.

Meanwhile, three people have been infected in the northern Victorian town of Shepparton, prompting authorities to ask everyone in the area to get tested.

The cases are linked to the Chadstone outbreak and there is also a positive case at Bairnsdale Secondary College in the state’s east.

The Shepparton cases were announced late on Tuesday by the state’s Commander of Testing Jeroen Weimar and could signal the beginnings of a new cluster in the region.

‘We have three active cases that are self-isolating at home and are being monitored by Goulburn Valley Health,’ he said in a statement.

‘We expect as part of that effort, further cases will be discovered.

‘To everyone locally – even if you haven’t been near these locations – if you feel unwell at all, please get tested as soon as possible and stay at home until you get your results.’ 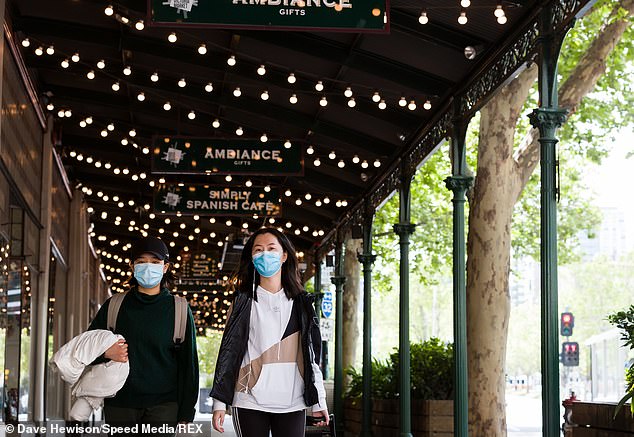 Melbourne’s rolling case average also dropped from 10 to 9.6 while the city’s mystery cases from September 28 to October 11 are up by one to 14.Pictured: locals are seen in the CBD on October 10 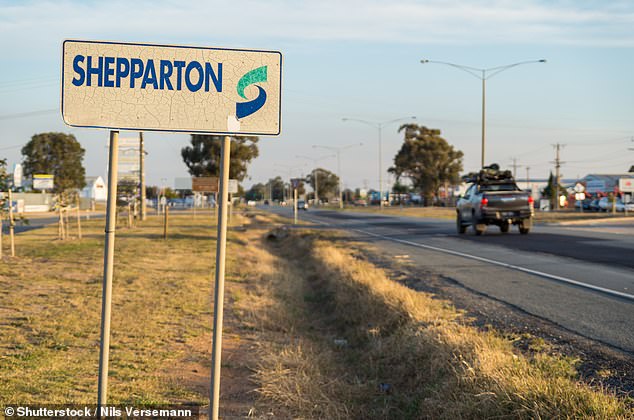 Health authorities have urged all 51,600 residents from the northern Victorian town of Shepparton to get tested after three locals became infected with COVID-19 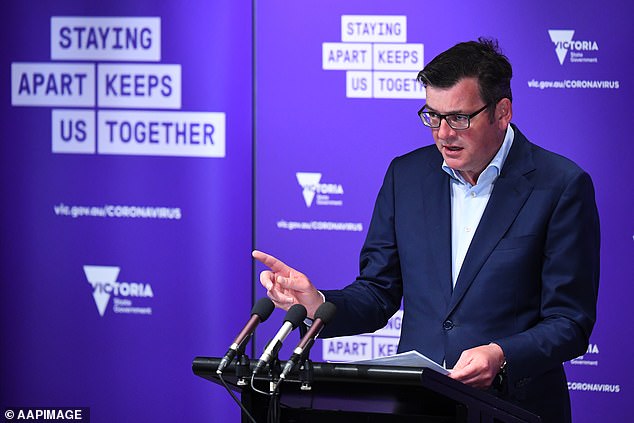 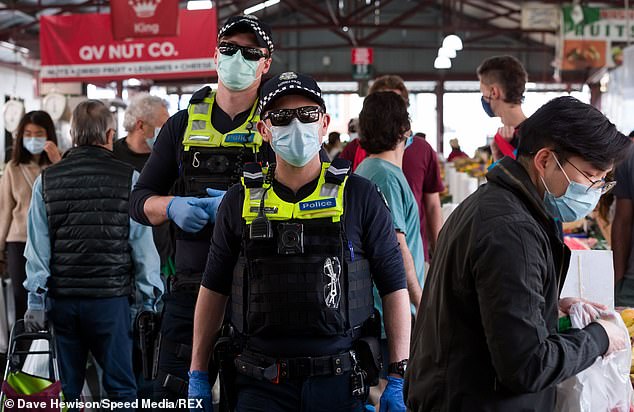 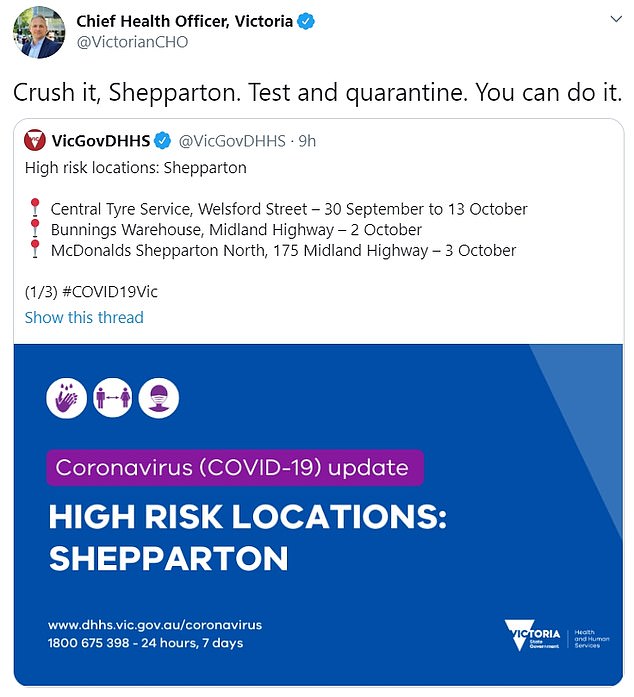 Asking why Victorians were subject to a strict lockdown unlike their northern neighbours, Professor Sutton said the circumstances were not the same.

‘The differences are really profound,’ he said.

‘Through this second wave, the 20,000 cases that occurred across Victoria settled into the hardest cohorts and populations across the state.

An opposition no-confidence motion against Premier Daniel Andrews handling of the pandemic failed in parliament on Tuesday night.

Mr Andrews has reiterated Victoria’s roadmap out of lockdown will likely be revised as he unveils some rule relaxations on Sunday. 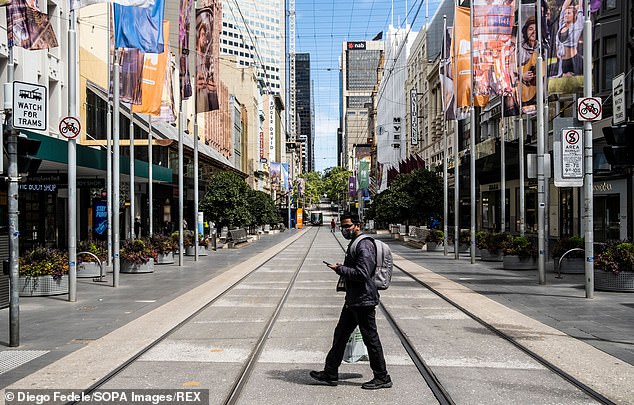 Bombshell Hairdressing, Fryers Street Shepparton on Wednesday 7 October 2020 from 9:30am to 10:30am.